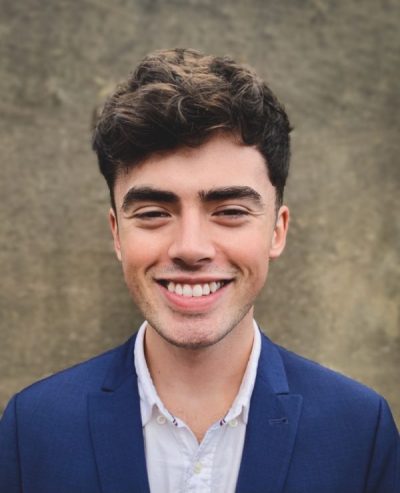 What made you decide to apply to that scheme?

My first consideration for IBM followed from a conversation I had with a friend of mine who at the time was on the Futures scheme at IBM. I was trying to learn as much as I could about my potential options for placement year, and where would be a good place for me to apply. I was lucky in the sense that I was surrounded by students who had just finished their placements. Because of this, I was able to ask questions to those who had undertaken the same scheme that I was on, but in an informal manner. Often, the information we get about a company comes from the company’s website, employees or social media. I had the chance to speak to those who had experienced IBM.

Following my friends’ overwhelmingly positive review of the company, I furthered my research on IBM, which strengthened my encouragement to pursue a role in the company. Not only does IBM have a good reputation and a vast strength in the technological sector, but it was clear that IBM was a company that invested a lot of time and effort into looking after their employees.

What hints and tips would you pass on to a student about to start the IBM Recruitment Process (online application form/CV, Online numerical test, video interview, assessment centre, matching interview)?

If I had to choose one piece of advice to give any candidate, I would simply say that it is vital that you are not only passionate about the role, but also the company that you are applying for. The application process can be both long and challenging. If you really want to stand out, you need to go the extra mile. From my experience, the candidates who are most successful are the ones who put in additional research, who spend hours preparing at night, and are evidently excited about the prospect of working for the company. The times that I have felt most genuine in an interview have been when the company that I am applying for is one that I am passionate about. It makes those long hours of preparation much easier, and it is much more evident in the interview that you will be a good fit for the role.

What’s the best thing about your job?

It is only when I take a step back, that I realise how much autonomy I have in my job role. There is not one aspect that I absolutely love about my job role. The truth is, I enjoy it all. For sure, there are some tasks that are less fun than others, but that is not to say that I enjoy them any less. I think this is because in my role, I am able to express my creativity. There is not one task where I feel I do not have the freedom to decide how best to achieve an outcome. So long as you are reaching your goals, your job role is relatively defined by you, and if you do wish to do things differently, you are very much supported in having an open conversation with your colleagues. Not only am I supported in my role, but I am encouraged to express my views and opinions. I have never felt that my contributions are not valid, and I think this is the best thing about my job role.

What’s the best thing about being at IBM?

The best thing about being at IBM, I believe, is access to a platform called Your Learning. Being called an ‘IBMer’ was certainly near the top of my list, but taking a step back, access to Your Learning demonstrated that IBM cares a lot about the career progression of their employees. By having access to a variety of courses, for instance an introduction to Agile Methodology, courses in Wellbeing and even Coding, I am able to further explore my interests whilst in a working environment. Being a young professional, there is a lot that I want to explore, and still a lot that I am yet to discover. But at IBM, I am encouraged to further my education. For me, I would say that this is the best thing about working at IBM.

Apply for a scheme at IBM
PrevPreviousBTEC Results Day 2021: What to Expect
Next3 Tips for Lending Money to Friends and FamilyNext
Looking for Apprenticeship Roles »
Looking for Graduate Roles »