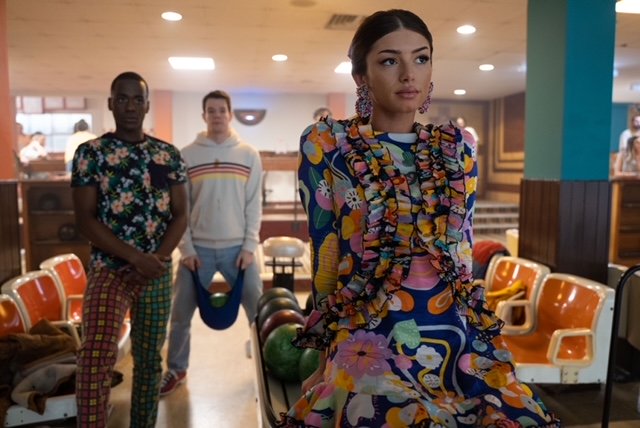 Places are still available for 16-25 year old film and TV fans from the North of England to meet experienced industry professionals as part of the BFI Film Academy Programme.

The next event in the BFI Film Academy North ‘Lab’ series, which takes place online on Thursday 9 December, will see Oli Julian, the composer from hit Netflix TV show, Sex Education, sharing his behind the scenes experiences of musical composition. This free event comes hot on the heels of BAFTA-nominated designer, Samantha Harley, sharing her experiences of creating unique and distinctive worlds for shows including Sex Education, Year of the Rabbit and Catastrophe.

These events are part of the BFI Film Academy’s Break Into Film programme and aim to broaden understanding of the whole life cycle of a film, engaging more young people in a wide range of activities.

Lisa Laws, Producer, BFI Film Academy North, said: “Without understanding the many different aspects of film and TV it’s difficult to confidently pursue a career in the industry. We all know about writers, actors and directors – but there’s a diverse and highly skilled team behind every film or programme all playing a specialist role. We also know that there’s a ton of untapped talent in the North and we’d love to find, connect and support them!

“There’s an opportunity to ask questions but no pressure for participants to speak – anyone joining the events can simply sit back and listen to panel members while getting a really unique behind the scenes perspective of the industry.”

Oli Julian is a composer, producer and arranger of TV, film and commercial music. He will share his career journey, creative practice and collaborations and give participants insight into scoring music for comedic and dramatic moments in shows like Sex Edcuation.

Oli’s work was nominated in the Best TV Score category at the Ivor Novello Awards 2021, he has scored independent feature, How to Build a Girl, based on the novel by Caitlin Moran, as well as a wide range of shows includingCatastrophe (C4), Cuckoo (BBC3) and Plebs (ITV2), as well as Josh (BBC3), Cockroaches (ITV2), GapYear (C4), Crashing (C4) and Year Of The Rabbit (C4).

Lisa added: “While media, film and music students, as well as young industry professionals, will benefit hugely from these events, we also welcome anyone who simply loves film and TV and wants to learn more about it. It really is a phenomenal opportunity to hear first hand how the industry ticks, and, if appropriate, take your first or next steps towards a truly exciting and rewarding career that knows no bounds.”

All events in the programme are entry level, non selective and no prior industry experience or study is necessary.

Plus, keen have-a-go heroes can also submit to the next DIY Film Challenge– a shoot-it-on-your-phone comedy sketch challenge with some seriously brilliant prizes including a pitch meeting with North East Comedy Hot House and a representative from the BBC Comedy Commissioning team! The deadline for the DIY Challenge is Sun 5 Dec. Find out more here.

All participants who are keen to take the next step will also have the chance to attend more events on the business of film, apply for an exclusive industry shadowing opportunity early in 2022, as well as more DIY challenges.

The BFI Film Academy North project is led by HOME (Manchester) & Showroom Workstation (Sheffield) in partnership with Film Hub North (part of the BFI Film Audience Network) and venues across the North. It is part of the BFI Venue Education Fund, funded by BFI & National Lottery.