Have you ever considered how your box of cereal was packaged, or how your headache tablets got into the blister packs? If you are interested in engineering, think about all the goods that you take for granted each day that are processed on a huge scale, packaged individually, and then in bulk to be delivered to the 1,000s of retail outlets, business premises and homes across the country. The innovative engineering needed to keep our supply chain moving is simply staggering.

A smarter approach to Processing and Packaging

The manufacturing industry crafts and assembles products from the component parts into the finished item. It’s an industry that moves fast, adapts and evolves constantly, and always needs new, skilled talent, from the factory floor to the boardroom.

A big part of the manufacturing is linked with engineering. Engineering generated £1.23 trillion 23% of the UK turnover in 2018. The total headcount of those involved in engineering currently stands at 19% in the UK.

Manufacturing is a vital part of the UK’s economy and infrastructure. Manufacturing and engineering are rapidly growing sectors and are faced with immense challenges. As such, 205,000 engineers and technicians are required per year just to meet the current demand. This includes 79,000 additional roles. To meet this quota, the sector needs to recruit more apprentices and undergraduates.

Manufacturing is also concerned with making the things we need to make other things, so a course is just as likely to teach you how to make moulds for different parts of the ceramic manufacturing process as it is how to use those moulds – and you’ll know how to make a new tea mug if yours breaks, so that’s a bonus!

Add to this the advancement in robotics, automation and machine vision technology, these companies offer complete production line solutions, which are vital to the mainstream sectors of food, beverage, pharmaceutical, household products and automotive. 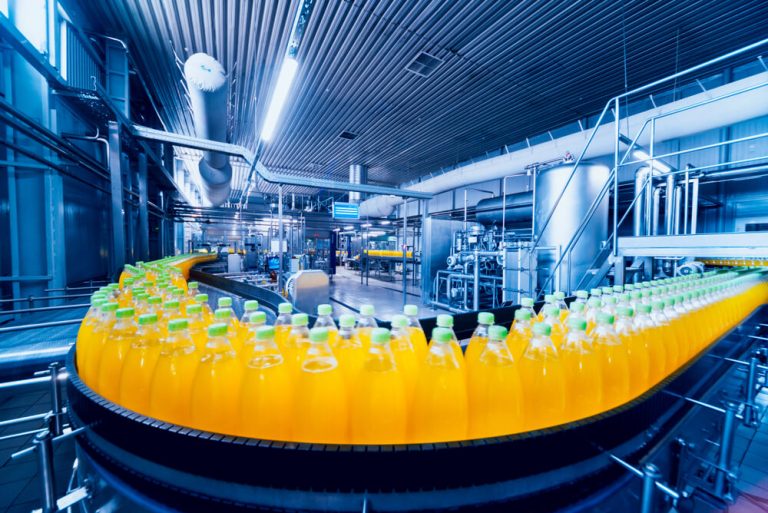 The sector is made up of an eclectic mix of SMEs, as well as larger blue-chip companies. All offer a wide range of career opportunities through various industry disciplines. The career paths available ensure individuals can learn and acquaint themselves through a range of practical and academic skills. In many cases, it can entail working with groundbreaking technology and the opportunity to work on new projects, being innovative at a very early stage in your career.

In every industry there are hands-on roles actually working with materials and putting it all together; or there are management and supervisory positions once you have a bit more experience. 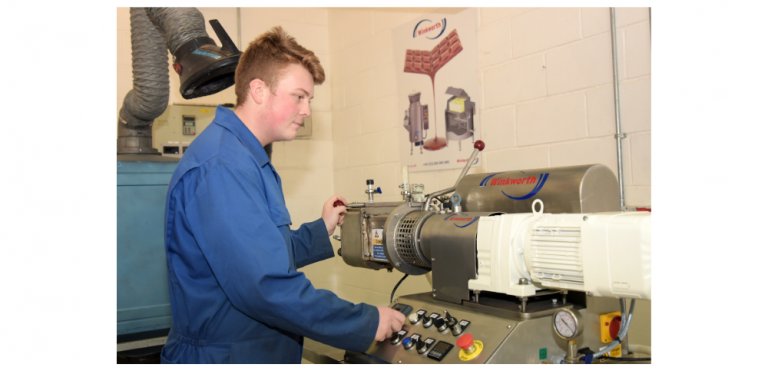 You don’t have to be Albert Einstein to be an engineer. What you do need, however, to be clear on the path that you want to take, which aligns with your area of interest and competencies.  Are you a problem-solver, or someone who is diligent with a good eye for detail and data analysis? Perhaps you’re into more visual aided design and manufacturing processes – to name just a few. There’s something for everyone.

There are many different kinds of work environment in this sector and the jobs themselves vary a lot, so you might need different skills depending on your role. Some are very specific, so you may be learning skills that will set you up for a particular trade.

Other skills will transfer to multiple roles. Being fit, active and able to move heavy equipment safely might be one; or having a sharp eye for detail could be another. Some types of manufacturing can involve a lot of repetition, perfect if you are good at concentrating on a single task and consistent with the quality of the work you do. Meanwhile, in management and supervisory roles you’ll need an understanding of the work your team is doing, along with good organisational ability and the communication skills to make you a good leader.

If your interest is in robotics or vision technology, there are many companies in the sector that work at the pinnacle of technology, pushing the limits to solve complex problems within the manufacturing industry at large.

There are plenty of different ways to get the skills you need for the manufacturing industry, and you won’t need to build them from scratch, but having good GCSE results in Maths and Science is a good start. If you plan to go to university, then A Levels and Maths and science (particularly physics) is important.

There are many great opportunities available in engineering within the processing, Packaging, Robotics, Automation and Machine Vision. Here are just some of them:

One example is NOCN’s Level 2 NVQ Diploma in Performing Manufacturing Operations. You can also consider a BTEC National in Operations and Maintenance Engineering.

Don’t forget: both NVQs and BTECs can pave the way for a degree.

There are relevant engineering and manufacturing apprenticeships at three levels:

Apprenticeships are available in many sectors, such as: aerospace, electronics, marine and product design. Some examples of apprenticeships include:

Already know that a degree is the way you want to break into the sector? Head to UCAS and find out what qualifications you’ll need for the course that interests you.

The very first packaging machine was invented by William Rose in Lincolnshire 130 years ago. The first product mechanically wrapped was tobacco. However, William Rose is more famous for the chocolates that bear his name today.

Historically, sweets and confectionery were a hand-made luxury available only to kings, queens and wealthy aristocrats. The industrial revolution brought about many technological advances; lowering prices for refined sugar and allowing for sweets and confectionery to be produced in factories. Due to these changes, sweets were no longer a luxury item for the wealthy.

This vast sector of engineering continues to keep the things we love and take for granted available to us every day.

If you want to find out more about careers in this sector, events you can attend and meet employers, contact the PPMA through its education charity PPMA BEST at ppmabest.org.uk.  PPMA BEST has access to a range of engineers, on hand to answer any questions you may have.

Find out about Jack's Journey as a Manufacturing Apprentice

Jack Woolmer is a third-year apprentice at METTLER TOLEDO Safeline and is a valued member of the business. In the last three years, he has not only developed into a skilled engineer but has also undergone a tremendous amount of personal development. He has played key roles in projects that have benefited the company and the wider manufacturing landscape, and has aspirations for a long and successful career in engineering.

Jack has worked in all production areas to develop his knowledge and engineering skills, mainly focusing on mechanical engineering. Jack’s enthusiasm and his willingness to learn has led him to being specifically requested by management to work in certain areas of the company. For example, he was asked to oversee the flow of production and distribute workloads throughout the team to cover for a team leader. Jack relished in this role, maintaining the production boards and highlighting any shortages and production issues. Jack’s success in this leadership role has led him to training the rest of the team for specific fitting jobs. This involves creating in-depth work instructions and providing training lessons on new workplace regulations such as ATEX.

Jack’s leadership qualities have quickly developed over the three years, leading him to become the spokesperson for his year, both at METTLER TOLEDO and at college. This has had a big impact on our other apprentices, who have developed their confidence by following Jack’s attitude and strong work ethic.

Jack currently works in the Material Handling Systems Assembly(fitting) department and supports the rest of his team members with training and advice on using the computer system to create new tasks, scan completed work and source technical drawings.

When asked what advice he would give to potential apprentices, Jack says, “Don’t be ‘put off’ by the misconceptions of apprenticeships. They are a fantastic opportunity to progress into a rewarding career and I am forever thankful for the opportunities I have received whilst working for METTLER TOLEDO Safeline. By the time I finish my apprenticeship, I will have gained my BTEC Level 3, HNC, HND, and be studying for a degree in Mechanical Engineering – as well as having four years’ work experience.

Work hard, be enthusiastic and take opportunities when they arise and you will reap the benefits of a rewarding career in engineering!” 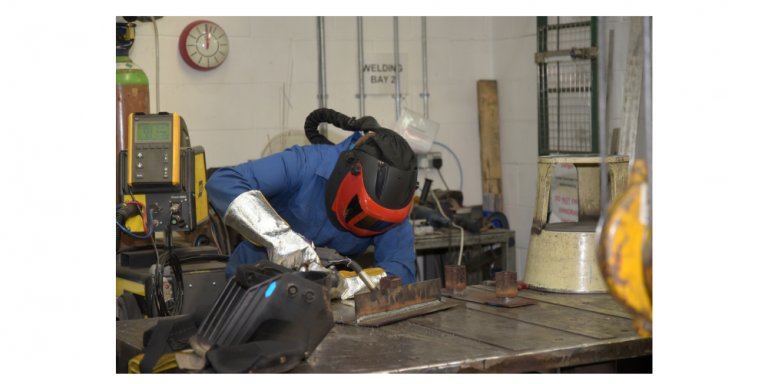