All you need to know about ICT Apprenticeships 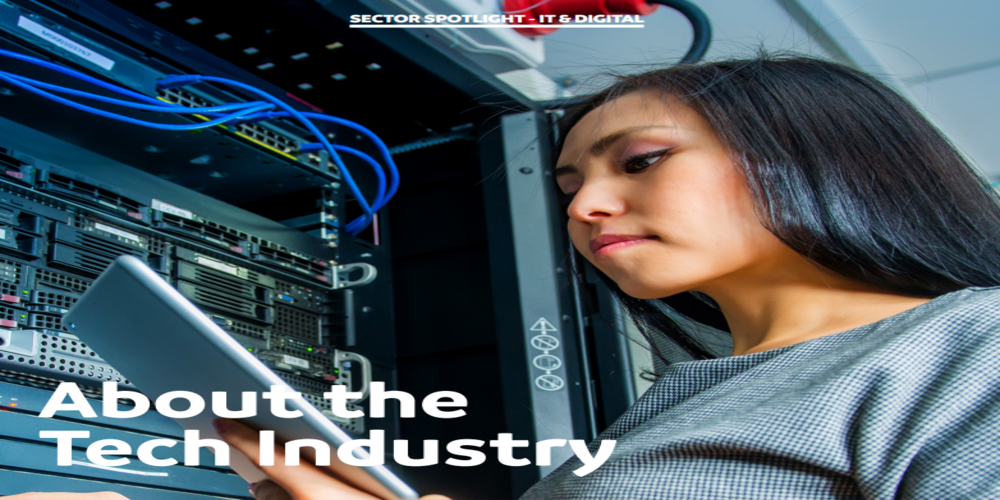 Getting connected to the future!

You’re probably reading this on a smartphone or tablet right now, at the same time as checking your social media feeds (don’t forget to follow @CareerMapNews). But what if you want to design those social media apps, build the hardware or maintain the networks?

About the Tech Industry

This is an industry that’s changing by the minute, as more and more aspects of our lives get connected. You can control your central heating from your phone, and it won’t be long before we can summon driverless cars to come and get us with a single swipe. It requires a lot of skilled people to make this kind of thing happen, and they’re not all in Silicon Valley: the sector in the UK is experiencing powerful growth and is highly respected on the world stage.

Careers in Tech can go in many different directions. The telecoms sector, for example, involves working with the broadband, mobile phone and satellite communications networks that form the foundation of the information age. That might mean anything from helping customers get their home broadband connected to running diagnostics on an orbital satellite.

Alternatively, designing new software or apps, or perhaps creating websites for individuals and businesses is big business. Think about working for a search engine or social media company, or even starting on your own: all it takes is one good idea, after all.

As the world changes and technology gets more advanced, we’re relying on it more and more. That means it’s important to keep that technology safe. Jobs in cyber security, helping to block viruses, protect data from hackers or advising companies on how to keep their systems secure are in high demand.

We’re also using and storing more and more data. Things like cloud computing services and roles looking for patterns in the tides of data on the internet are only just getting started. The future could be very exciting, and our young people will be the ones inventing it. 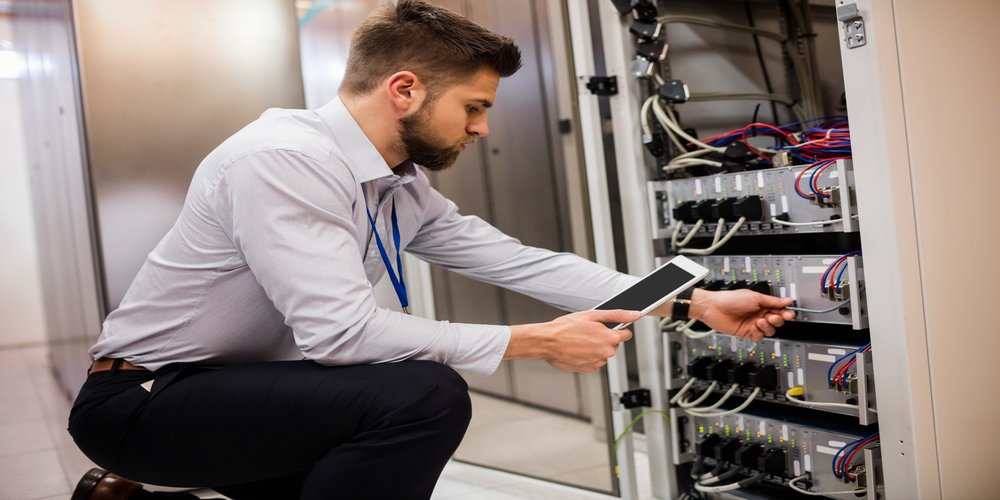 Being good at maths, physics or computer coding are all useful skills in this industry, but there are many other attributes that employers value. Creative thinking and problem solving, for example, or working well with other people; or perhaps a real passion for innovation and keeping up to date with the latest thinking are also important.

Training in this area is all about taking raw talent and any interest in tech – whether it’s games, apps, mobile technology or anything else – and putting them to good use. Young people at a huge advantage because they’ve grown up with the internet and computers, unlike many of the people at the top of big companies. Getting qualified can change a hobby to a highly paid career.

Nobody really knows what all the jobs available in this sector will be in a few years’ time, because it’s always evolving. But here are some examples:

In addition there are higher level and management roles, and even careers in the security services (MI5 and MI6) – although details about specific roles are kept secret, unsurprisingly. You’ll need to apply to the service to find out more (suggest not doing a Kingsman impression).

There are plenty of different ways to get the skills needed for the Tech industry. Time to plug in…

Don’t forget: It’s not just A Levels that are recognised by universities. BTECs, NVQs and others can also pave the way for a degree.

There are relevant Apprenticeships at three levels:

If you’re interested in degree level training, there are Degree Apprenticeships such as:

New ones are being created almost as fast as we can type them up, so keep an eye on what’s currently available by checking university sites and search on www.careermap.co.uk

A Levels and Bachelors Degrees

Already know that a degree is the way you want to break into the sector? Head to UCAS and find out what A Levels (or Scottish Highers / IB modules) you’ll need for the course that interests you. 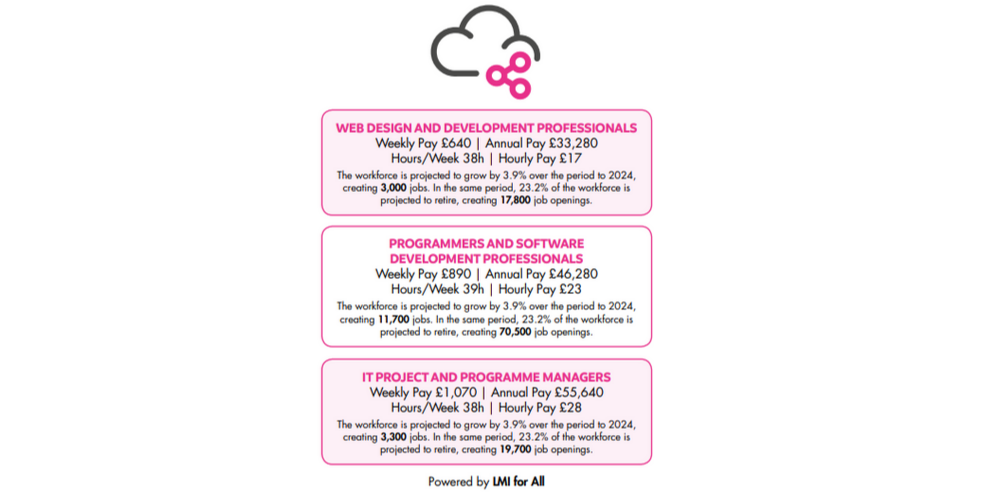 Life in the Tech Industry

To give you an idea of how vital tech is to almost every business operating in the UK, top employers (including O2, BT, Google, Royal Mail, Asda, the BBC and Network Rail) support training programmes like Apprenticeships, or work closely with Unis, to train up the next generation. There are lots of opportunities out there – these are just the tip of the tech iceberg.

So, ready to move fast? You’d better be, because this is a rapidly changing industry. Be prepared to work hard to keep up, but the good news is that it’s the cutting edge of the tech industry – pretty soon, industry might be working hard to keep up with you.

Everyone – individuals, companies, even pets with microchips – uses technology differently, which means that the same job role can vary hugely between employers. It might well be working in an office and using computers, tablets and so on all day; or out in the field installing software or helping a business put in a new network.

Yes, there’s likely to be a fair bit of time working in front of a screen, or a tablet. Give it a few years though, and who knows? It might all be holograms, AI, VR headsets and chatting with colleagues in the US using smart speakers . The job might be based in one of those trendy offices where they have ball pools and stuff; or building an empire from the local coffee shop with just a laptop. The code to the future is already in young people’s heads. It just needs to be teased it out.

You could work in any type of organisation! Everyone needs technology and support.

The previous Industrial Revolutions are: steam and water power; electricity and assembly lines; and computerisation. Due to the impact of modern technology (and hi tech being developed now), smart technology will replace traditionally manual jobs making this considered a distinct era. Many consider it to be a change that will improve the quality of life. Jobs in the future will become more about harnessing and controlling technology to make lives easier. There will always be a need for hard coders, but less so as software systems are able to help with base level code so developers can get on with programming.

Technology is already transforming labour markets across the world. As new technology develops, some jobs will become obsolete. But not to panic! Going forward there will be many new job roles and job titles that we don’t even know about yet. Developing the right skills and being adaptable will make future prospects not only better, but exciting.

Heard the term ‘tech disruption’ bantered about and wonder what it means? It refers to situations when technology changes the traditionally accepted business models. Think of it this way, traditionally you needed vast sums of money and international business connections to be a world leading technology company. Now, young people are creating products and services online from their laptops fast and cheaply, challenging larger established businesses. And with social media, these can be shared widely, bypassing the need for international marketing support.

Young people will do well to think more about skills and how they can be transferred for jobs of the future! This will touch on everyone, not just people working in the IT sector!

IoT –  the Internet of Things 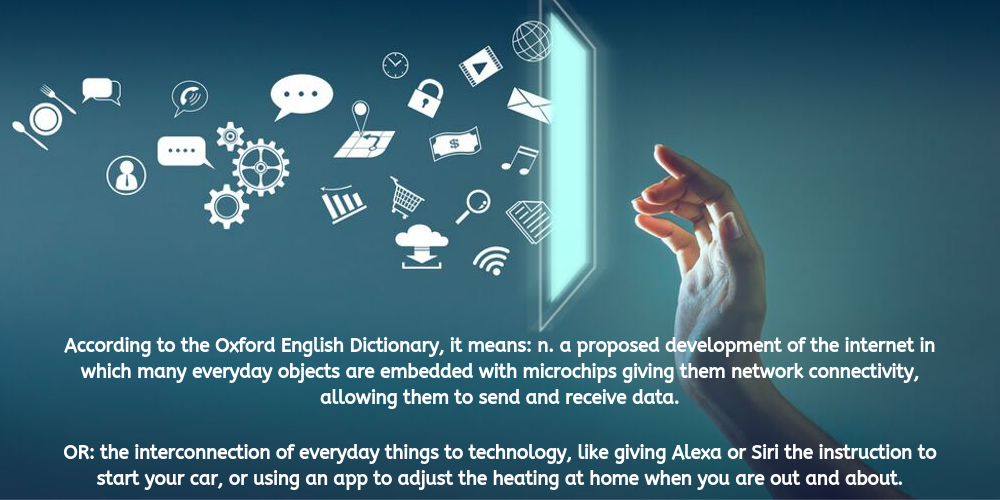 Find Apprenticeships and jobs in IT, telecoms and creative media near you: