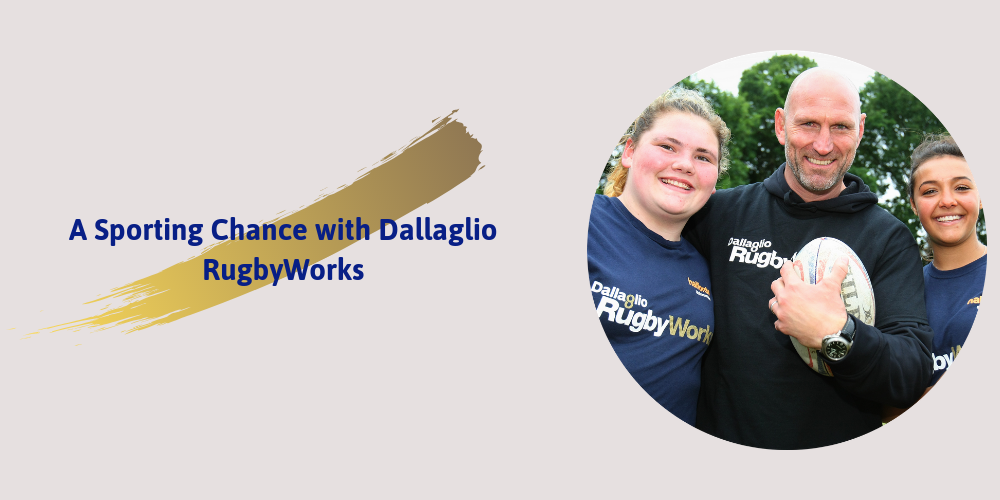 A Sporting Chance with Dallaglio RugbyWorks

It’s often those that need help the most who receive the least. RugbyWorks aims to help teenagers outside of mainstream education fulfil their future ambitions with a programme based on the values of rugby.

Exam season is upon us and with it, the perception that these are life-defining moments. Year on year, this pressure seems to increase. In 2018, Childline delivered 3,135 counselling sessions on exam stress. One teenage boy said, “I think I’m going to fail my GCSEs. What if I can’t get a job?”

It’s a common question, but worse than that – it’s completely misguided. The truth is that whatever happens in your GCSEs, any future remains available to you.

Founded by Lawrence Dallaglio OBE, RugbyWorks is an intensive, long-term skills development programme based on the values of rugby, which aims to get teenagers outside of mainstream education into sustained education, employment or training. 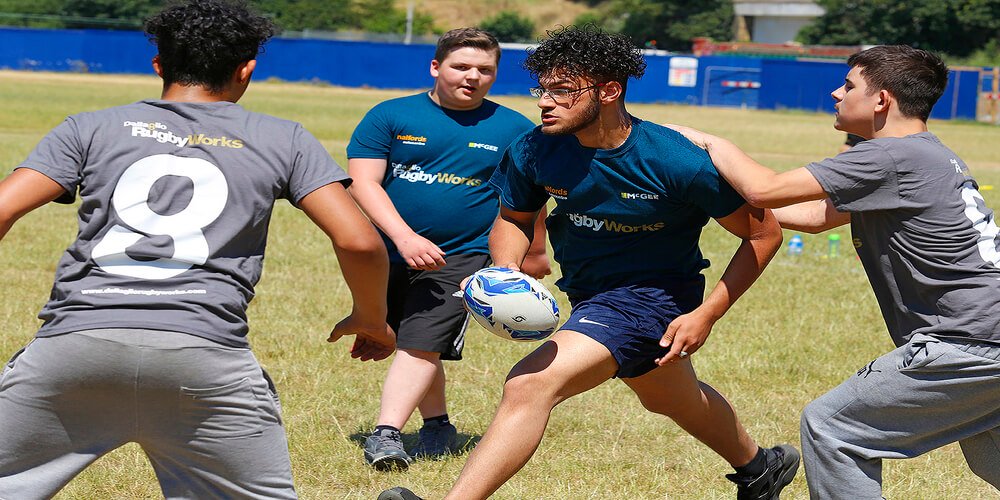 These young people have often faced significant challenges in their lives. Many are excluded in a process known as ‘off-rolling’, where they are excluded from school simply because their GCSE results might reflect badly on the school. Alternative Provision (AP) is often a tough environment, where GCSE results can be the least of a student’s worries. It’s no surprise that a student in AP has less than a 3% chance of achieving five good GCSEs.

With such a low chance of getting a good set of GCSE grades, does that mean that our young people should give up on the future they want? Absolutely not – we exist to prove this wrong.

Coaches use games and activities that allow students to develop five crucial competencies that we identified with employers as being vital in the workplace: 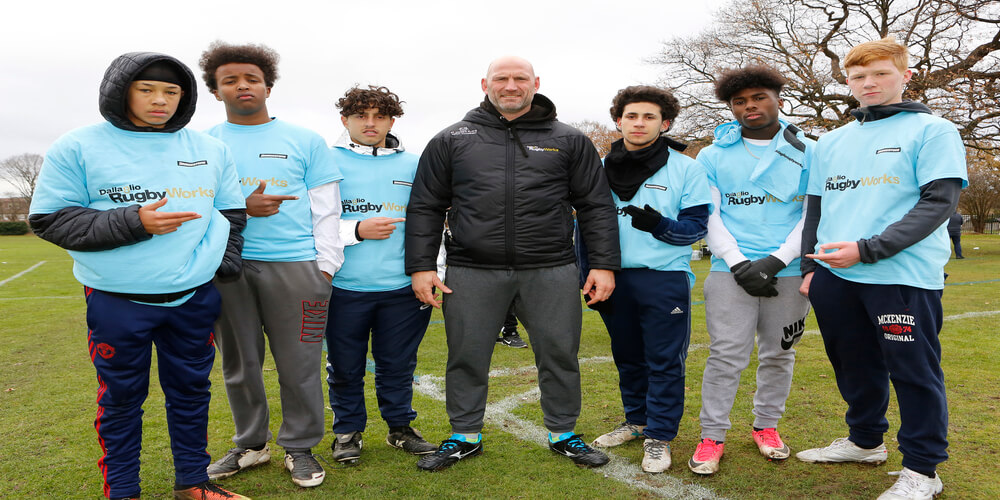 The second part of the RugbyWorks programme seeks to give students concrete opportunities to build an image of their future and the tools to get them there.

Our coaches deliver workshops on CV writing and interview skills; there’s no substitute for practice and knowledge in these two crucial gateways.

We have a wide range of partner organisations who open their doors to our students to give them a feel for the workplace and a chance to learn what it takes to work for them. Research shows that these encounters with employers are perhaps the single most important thing in helping young people move into employment when they finish school.

Learning about different workplaces arms students with the knowledge to make an informed decision about their future. Above all, they make clear the importance of soft-skills, networking and a desire to learn and grow, rather than an immaculate academic record. 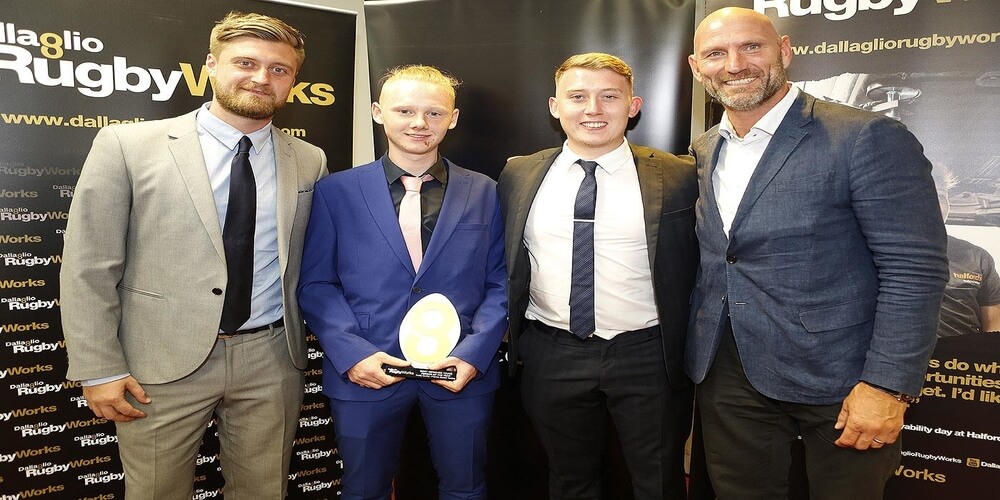 There’s no doubt that doing well in your GCSEs is important. But remember, GCSEs will only direct, not define your future.

At RugbyWorks we work with students who aren’t traditional learners that statistically struggle to achieve what their peers in mainstream schools do. Like Jose though, that doesn’t stand in their way of aiming for whatever future they want.

The labour market is changing all the time, and this brings with it a need for skills and abilities that you don’t sit exams for. It’s clear that focus is shifting away from traditional academic requirements to a more holistic view of candidates and a wider range of skills and abilities.

What former RugbyWorks students like Jose prove is that taking stock of who you are, what skills you have and seeking the advice of as many people as possible is just as valuable as a perfect set of GCSE results when landing your dream job.

Lawrence Dallaglio is a former captain of England and member of the World Rugby Hall of Fame. He played 85 matches for England and appeared for his only club, London Wasps, 227 times. 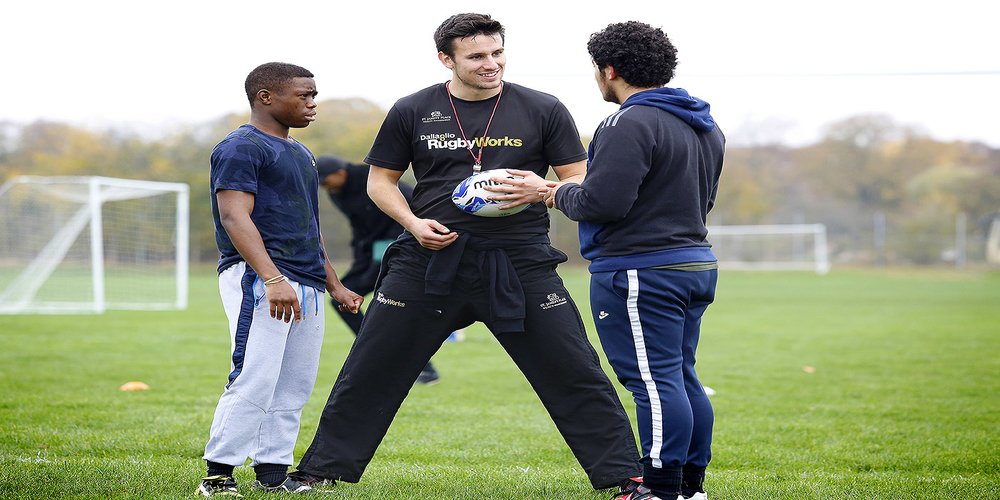 After his family moved to England, Jose was unable to secure a place in a mainstream school. On his first day at school he took part in a Dallaglio RugbyWorks session.

“I wasn’t set to get great GCSE grades, but my coaches showed me that there was still a lot I had to offer employers. I worked on my CV and especially on my confidence.

“When I heard about the coaching job at Dallaglio RugbyWorks I knew right away that I wanted to apply. I was so happy when I was told that I had got the job. My job allows me to do something positive with my experiences of AP.”

“I feel proud to wear my Dallaglio RugbyWorks kit. It is a sign of how far I’ve come. Now I have a job doing something I love, working with young people to help change their lives, just like the programme has changed mine.”

PrevPreviousAnnouncement | Community Partners with The PiXL Club
NextA Career That Makes a Difference to the World!Next