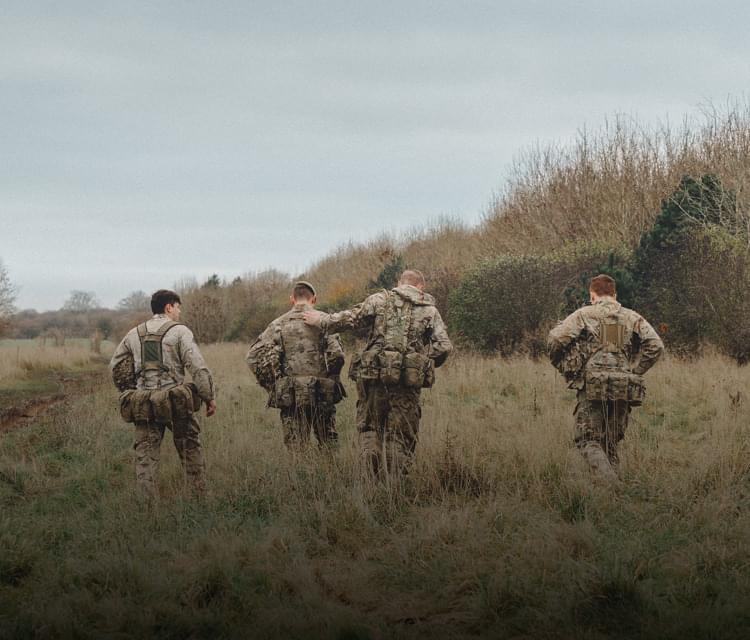 To Protect and Serve

Armed forces personnel in any branch of the services – army, navy or air force – have many different duties. Some are involved in combat operations, humanitarian efforts or peacekeeping roles; or perhaps all three. There are also jobs in areas like maintenance, training, driving, animal care and even catering – an army marches on its stomach, as they say.

If you choose an apprenticeship as a way to train within the armed forces you’ll have lots of options, including programmes in engineering, construction, ICT and more.

About the Armed Forces

Combat can and does form part of what the armed forces do, but their role is much broader than that. Front line personnel might be part of search and rescue teams after an earthquake, or they might assist with flood defences in UK towns and cities, for example; or they could be transporting food to regions hit by famine. Behind the scenes there are many support roles, too.

There’s a lot to choose from. You could be in an operational role, such as infantry in the army, marine in the navy or pilot in the air force, all of which will involve taking part in dangerous combat operations anywhere in the world (as well as peacekeeping and humanitarian duties).

Within each branch of the services there are a range of other specialisms. You might be a cook on a submarine, for example, learning to prepare food in confined conditions and living under the sea for weeks at a time with the morale of your crew depending on how well you feed them. Or you might be a member of the RAF regiment, responsible for the security of airfields and aircraft wherever the RAF might be based.

The forces rely on a lot of equipment. As an engineer in the army, navy or RAF you might be keeping anything from a motorbike to a destroyer in good working order, so that it can be called in action at a moment’s notice. Or you could have a communications role, keeping all the different parts of an operation in contact with one another.

That’s just the tip of the iceberg. There are further opportunities in navigation, admin, publicity, weapons specialisms, transport, construction … even in creative areas such as music, which plays a big part in ceremonial occasions – another important aspect of the role of the armed forces in public life.

Whatever branch of the services you join you’ll go through basic training, which is designed to prepare you for life in the forces and to equip you with the general skills you’ll need. That includes a certain level of literacy and numeracy as well as communication, ICT, physical fitness and teamworking skills. You’ll also learn about the structure, traditions, rules and regulations of the armed forces, which are an important part of the job as they help maintain order and discipline.

After basic training the skills you develop will very much depend on the role you choose. Engineering or construction roles will demand problem-solving skills and a high degree of really specific technical knowledge – have you seen how complicated a helicopter is? – to enable you to do the job, for example, but the training you’ll receive is amongst the best in the world.

The same is true of roles throughout the services, as you might learn to train and work with sniffer dogs or military horses; how to jump out of a plane safely and be ready to fight when you land; how to build bridges, roads and ramps; how to navigate a plane travelling at twice the speed of sound; and how to behave in the officers’ mess (hint: well). 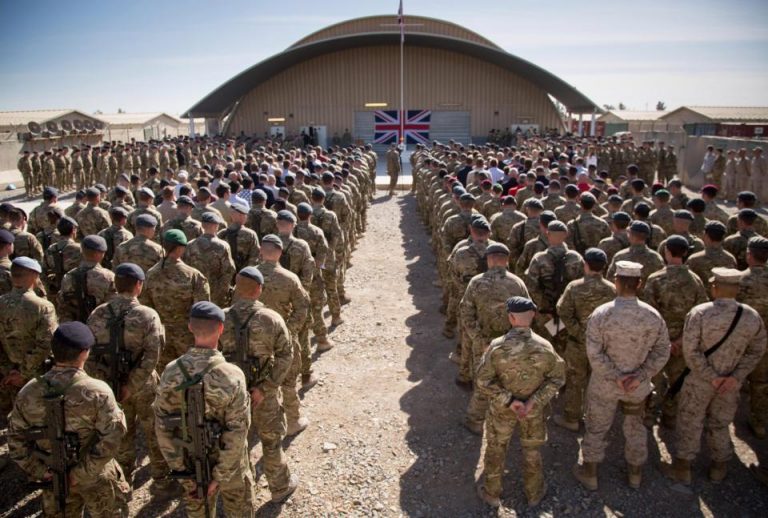 To find out about opportunities near you, visit careermap.co.uk. If you’d like to know more about what the armed forces do and what a career with them might involve, you can visit each branch’s individual website:

These websites will also give you details of your nearest recruitment centre and any careers events happening near you, so you can go and find out more in person.

Routes into the armed forces vary depending on your age and the level you want to join at. In some cases you’ll need qualifications, but you’ll also find that joining the forces can be a way to gain them – you can even get paid to go through university. The qualifications you need (or that you can get) include:

Apprenticeships are a very popular way to gain additional skills while you’re in the services. In the Army, for example, almost 95% of new soldiers take part in apprenticeship training, with 8000 people getting qualifications each year.

The usual apprenticeship levels apply. Intermediate and advanced options are available, with the Army offering training in trade careers such as:

You’ll gain your Apprenticeship alongside your regular armed forces training. As you progress you’ll be able to gain more qualifications: almost all roles in the services give you the option of going on to degree or masters level study.

Life as an Armed Forces Apprentice

In some roles in the armed forces you will be in high-risk situations where serious injury or loss of life is possible, so you need to be aware of this going in. On the other hand, not all roles involve combat (or even leaving the country) and every single member of the armed forces receives top notch training that will stand them in good stead for whatever life throws at them.

What will I be doing?

At different points in your armed forces career you’ll be involved in very different things, and a lot depends on what role you go for. You might be deployed on active service as an infantryman in the Army; help crew a Royal Navy ship on manoeuvres in the Pacific; or form part of the ground crew at an RAF base.

Equally, you could be building walls, repairing equipment, handling admin, manning remote outposts, or taking part in adventurous training, which is basically going somewhere exciting and learning to function well as team there. That can mean snow, sand or jungle. Whatever stage of your career you’re at, you’ll receive a salary. Yes, the armed forces pay you to learn to ski.

Life in the services is unlike anything else. You’ll learn to rely on the people you’re serving with, whatever your job and wherever you are, until they come to feel like your family. You’ll live, train, work, perhaps even fight alongside them, so it’s a pretty close bond, as you’d expect. Along the way you’ll gain confidence, discipline and professional skills that any employer will value.

There are many roles open to you, but at the start of your career you might be in a job such as: