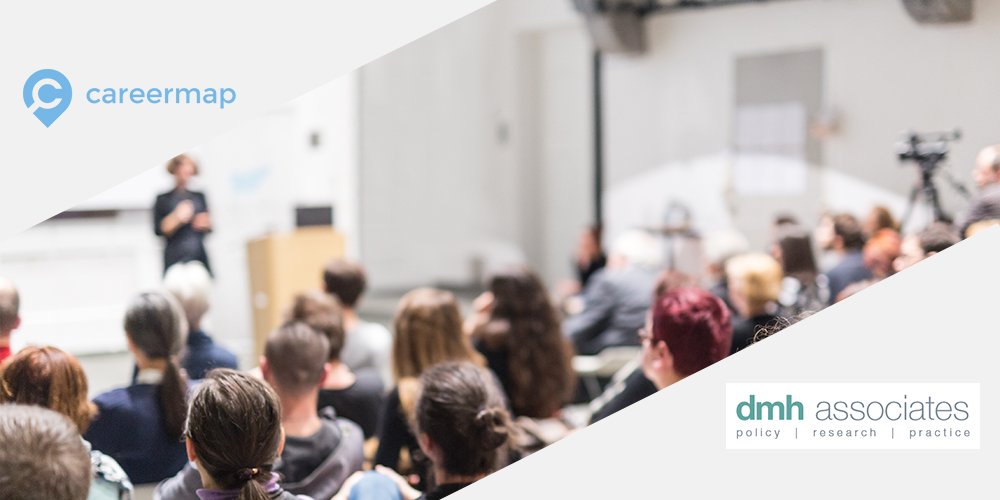 Careermap recently hosted an informative webinar alongside Deirdre Hughes OBE of DMH Associates. Dr Deirdre Hughes is highly respected in the careers and education sectors and holds a wealth of expert knowledge of the industry.

Deirdre Hughes joined alongside Careermap a CPD webinar which is aimed at Career Leaders and teachers. Deirdre and Careermap share the same vision ‘to provide insightful career advice and guidance to young people so they can make well informed decisions on their future’.

The CPD webinar with Deirdre Hughes and Careermap, focused on achieving the Gatsby Benchmark 7: Encounters with further and higher education. Discussions surrounding independent career guidance and advice helped schools and colleges to implement the Gatsby Benchmark in their career strategy.

This webinar helped teachers, career leaders and career advisers to build your own knowledge of the Gatsby Benchmarks and how you can apply these in the classroom on a daily basis. The webinar covered:

As an academic researcher, career advancement professional and policy adviser for the government,  Deirdre Hughes has written books, articles and presentations for professional organisations and groups in the career space dealing with people from all ages, backgrounds, skills and employment challenges.

What Is an OBE?

OBE is an abbreviation of Officer of the Order of the British Empire and is awarded to those momentous influence in their area of expertise. Deirdre was awarded an OBE in 2012 at the Queen’s Birthday Honours List for her vital impact in the careers sector.

Dr Deirdre Hughes OBE has gained an abundance of experience throughout her profession at four UK universities, senior advisory roles where her work included reporting to UK Ministers.

During her professional career, Deirdre has also worked as President of the UK Institute of Career Guidance and co-founded the Careers Profession Alliance. In 2012, Deirdre won an award as Legacy Fellowship by the UK Career Development Institute.

Her current employment includes being a member of an Advisory Group in the Department for Transport. Here Deirdre is required to report directly to Rt. Hon. Minister Hayes MP CBE on the Infrastructure Skills Strategy. Deirdre also formed DMH Associates in 2008, which works towards enhancing the career opportunities available to young people through a solution-focused approach.

Sharon Walpole holds a wealth of understanding and knowledge of the career and education sector. She was an FE College lecturer where she was at the forefront of battling student stresses and doubts when it came to exams and the multitude of career paths.

Sharon has appeared on TV and Radio where she has shared her well-respected knowledge with young people, educationalists and parents, careers and guardians.