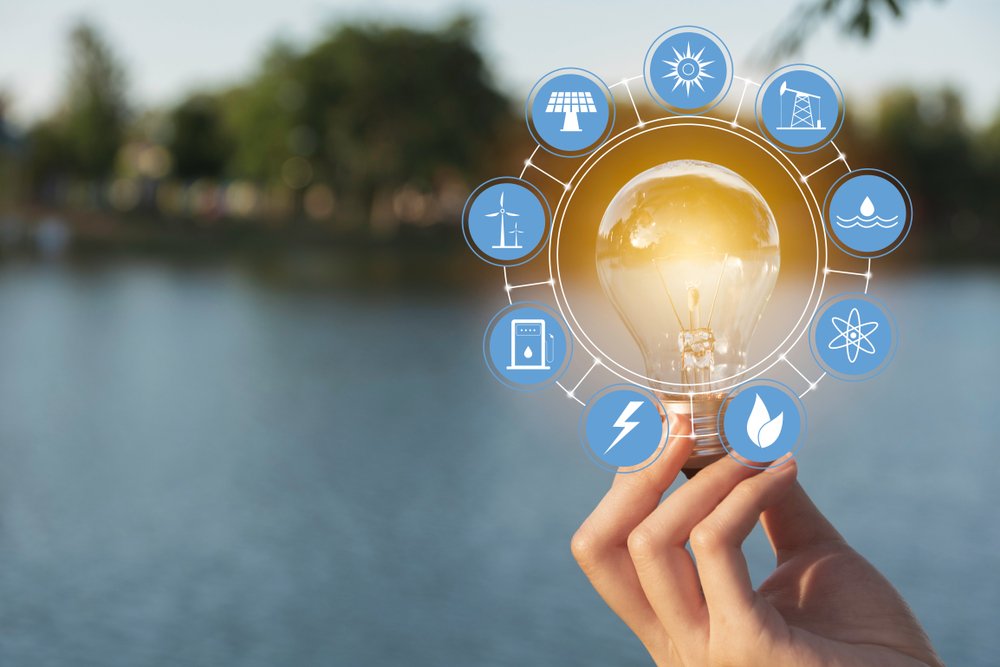 Where Would We Be Without Energy?

We have the power

There are over four thousand miles of overhead electricity cable making up the national grid, that’s more than four times the length of the UK, bringing power from where it’s generated into our homes. The energy industry is a big one, covering wind, nuclear, gas and coal generated power and everything involved in getting that electrical spark safely out into the world.

If you want to switch on your career, Apprenticeships include Power Industry, Power Engineering, Nuclear Working, Gas Industry, and Nuclear Decommissioning programmes.

About the energy sector

Working in energy means being involved in one or more of the stages required to generate power and get it out to homes and businesses all over the UK. The sector covers more traditional power sources such as coal fired power stations, but also renewable energy, which might be in the form of wind or solar farms, wave, or tidal energy sources. It’s going to need some 50,000 new employees over the next decade, so there are plenty of opportunities to start a career.

Broadly, the energy sector is made up of three areas:

– generation (creating the electricity in the first place)

– transmission (moving it all over the country, via the national grid)

– distribution (connecting the grid to buildings, so we can access power)

As an Apprentice you could be working in any of these areas, carrying out a range of different tasks depending on your role. Working in generation you might be based in a power station, maintaining the huge array of equipment that’s needed to keep the country supplied with power. Or you could be working as a mechanic on a wind turbine, keeping those giant sails turning.

If you work in transmission you’ll be responsible for the upkeep of the national grid itself: that’s the overhead wires criss-crossing the country, as well as the underground cables and the various sub-stations that regulate the grid. That might mean physically working on the cables yourself, or in more senior positions planning and overseeing maintenance on the grid.

At the other end of the line, when you work in distribution you’ll be responsible for getting power safely from the national grid and into people’s properties. That might mean working on the cabling and connections in residential areas or in homes, offices and business, or perhaps building new sections of cabling.

Alternatively, if you work in nuclear energy you might be maintaining a reactor, or joining a team looking to take one apart – known as decommissioning – in the safest way possible.

As you might expect, a thorough knowledge of how electricity works and how to be safe on the job is an important part of professional life in this sector, and it’s one of the main skills an Apprenticeship will teach you.

Alongside learning how not to get shocked, you’ll develop all kinds of practical maintenance skills as you learn how to test, repair and service the machinery involved in power generation. Because no-one likes to be without power for long you’ll also learn how to work well under pressure, while still keeping everything safe.

Your working environment will be pretty unique and you’ll need skills to match, including working at heights, in all weather conditions, in protective anti-radiation suits; even at sea. These will all develop over time as you’re exposed to more aspects of the job. What you’ll need at the start are decent literacy and numeracy skills so you can get your head around the principles of power supply and transmission, and a good helping of common sense so that you always work smart, and safe.

Finally, most roles will involve working with others, and many will have a element of dealing with the general public. With that in mind you’ll need to be confident in teams and be a good talker, with the ability to keep your head in challenging situations or when you’re talking with people who are frustrated that the power is out when they’re trying to watch Game of Thrones.

Some of the roles open to Apprentices include:

To find out what’s available near you, visit careermap.co.uk and search for energy vacancies. You can also head to energy-uk.org.uk, which has lots of information on the industry itself, including on renewable energy and sustainability – both useful things to know about in an interview.

Routes into energy include:

– Foundation Degrees (England and Wales only)

Higher level qualifications may let you start in more senior positions right away. The Power Engineering Apprenticeship, for example, is a Higher / level four qualification that will set you up for a career such as a design or operations engineer, working to plan and build new power stations.

There are generally three levels of Apprenticeship offered in these areas. The one you choose will

depend on your previous experience and qualifications:

Advanced – equivalent to A Levels / Highers

An intermediate Apprenticeship takes two years to complete, then you can continue for another year to achieve the Advanced level; a Higher Apprenticeship will then require additional time. If you don’t have the qualifications you need yet, a Traineeship can help fill in the gaps in your learning.

Life as an Energy Apprentice

The different areas of power generation offer contrasting experiences, so your working day will vary depending on where you work on what your role is. In a nuclear decommissioning role, for example, the work will be planned months ahead and you’ll have a good idea of what to expect, although there will still be plenty of variety on the job.

In a maintenance role, on the other hand, you often won’t know what’s going to be lined up for you until you arrive at work as it will depend on what needs repairing or looking at on that particular day. You might need to repair a part for a wind turbine, for example; or carry out some maintenance on a transformer (not that kind) to make sure that it stays in good working order.

If you’re out working on the power network itself, you could spend some of your day travelling (or even going out to sea in the case of offshore wind farms), before assessing the problem with your colleagues and carrying out repairs as required.

In all cases you’ll probably spend a fair bit of time at the start of your Apprenticeship getting up to speed on some of the technical skills you’ll need, which you’ll either do at college or by following a programme of online study in your own time. The good news is that, unlike school, this is work that you’ll get paid for, so you’ll have some income while you’re learning your trade.

You could work in…

Energy Apprentices can be found in:

Find Apprenticeships and jobs in energy near you at Careermap

PrevPreviousCareermapLive & PwC CPD Webinar for Teachers and Career Leaders
NextMotor Vehicle Apprenticeships: What you need to know and how to apply to the right one for youNext
Looking for Apprenticeship Roles »
Looking for Graduate Roles »