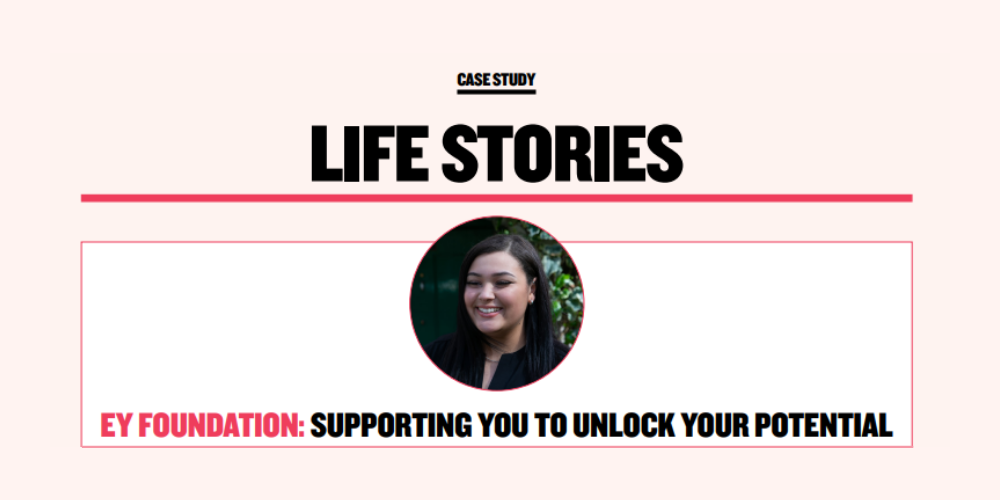 EY Foundation: Supporting you to unlock your potential

The EY Foundation helps young people in the UK overcome barriers to making their career ambitions a reality. We unlock opportunities by linking you with employers and ensuring they are young people ready. We empower you to realise your potential to go after whatever future you want, following whichever path works best for you. Here’s Milly’s story who went on to work for the Civil Service after taking part in Smart Futures. The 10-month programme offers 3 weeks of paid employability skills development and quality paid work experience, followed by 10-months of mentoring.

“My family were surprised and proud, they really felt the change in me after being on the programme”

Milly from Reading was on Smart Futures in 2016. Coming from a low-income family, her mum never went to university, and Milly wasn’t really prepared to go down that route. With limited careers advice, she believed she would always work in unrewarding, low paid work.

Milly heard about Smart Futures from her college. The fact that the programme was paid for was a major element for Milly. Being able to take part in the programme and not having to work in the evening meant she could fully focus and put her whole effort in. It was also important to get a form of work experience that was in more of a professional environment. Having something that was in such a professional environment, providing an insight to see what working in an office was like.

“I think a lot of the time if people have family or connections to people who work in an office they can be brought in and that can help them with getting in to the workplace. Whereas when you’re from a family that doesn’t have those sorts of connections it’s much more difficult, so it’s important.

I had a really good experience on the programme. I think the best part was my mentor, we stayed in contact until I had my interview at the Civil Service, having that longstanding relationship and having someone to ask about what I should do at the interview, and little tips like I should be wearing a watch so I can show that I’m good at timekeeping. It’s important and something I wouldn’t have got anywhere else.

I’m on the Civil Service Fast-track programme which is for school leavers. I got the job last September and started in May, I really like it so far, it’s nothing I could have ever dreamed of. Working in London for the Government was just something that was so strange but somehow, I seem to have made it and I love it.

Back in 2016 before I started the programme I would not have thought that I would be part of the Fast-track programme. I think I had no confidence whatsoever, the idea of having a phone call with someone would have me feeling sick for days, I didn’t like standing up in front of people, and I feel that when I went on the Smart Futures programme it was three weeks of being in front of people and talking. I think I won most improved student because I had come out of my shell so much over the programme.

Confidence is a big change that I’ve noticed in myself, and not just confidence in myself but confidence in my future. I think I was worried that I wouldn’t amount to anything, at the school I went to I think a lot of people ended up in jobs that maybe weren’t suited to them because they never had someone tell them that they could go into something more professional, because that was unachievable and such a glass ceiling. I feel like having the confidence to think I can apply for this job and I could get it, and if I don’t get it then I can just apply for something else because I have the qualifications and I can do it.

My family were surprised and proud, they really felt the change in me after being on the programme, my mum was really surprised that I’d applied for it in the first place and got it, she came to see me on the last day and said that my demeanour was completely different and the way I held myself. At that time, I was in college and my teachers said that they saw more of a drive in me to go somewhere with my career, so I do think it was noticeable to those around me that something had switched in my head.”

Applications for the 2020 programme will be open in October, to register your interest email smartfutures@eyfoundation.ey.com 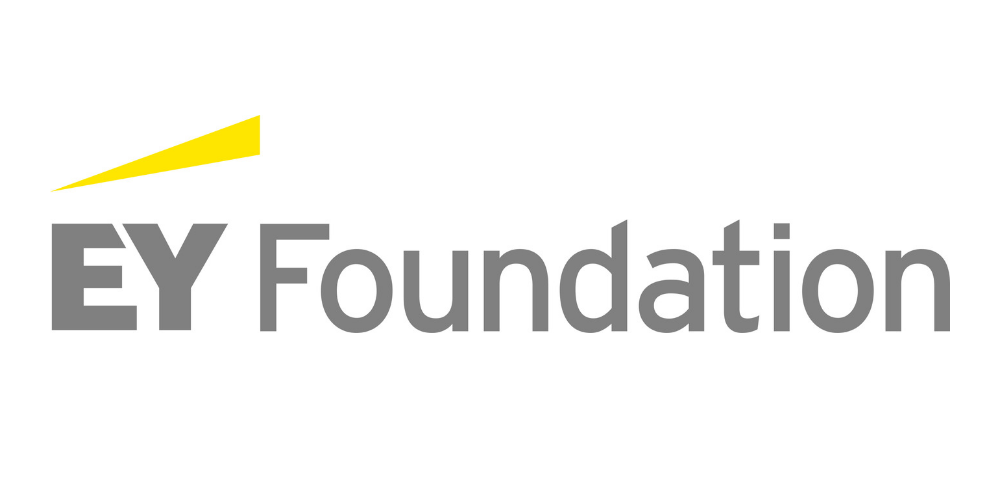