Adam’s love for IT began at secondary school when he had the opportunity to gain work experience as an IT Service Provider alongside his GCSE studies. Adam enjoyed practical hands on learning rather than being in a classroom environment. He enjoyed learning about what goes on behind the scenes and wanted to continue his on the job learning, so he decided to pursue an apprenticeship in IT.

Adam’s main preconception of an apprenticeship was that he wouldn’t be given much respect by his colleagues and would be given the boring tasks. However, since starting his apprenticeship he has found that this isn’t the case as he has been treated as a valued member of his team and the wider group. Adam’s line manager also acts as his mentor and offers support with various tasks that coincide with his learning. A typical day for Adam would be carrying out back up checks, ensuring everything is in operation, providing general support, solving problems and completing service desk requests from staff.

Every eight weeks Adam completes a week of study time via an online classroom, at the end of the week there is an online exam. Alongside this, Adam completes coursework which contributes to his portfolio of evidence. As he approaches the end of his apprenticeship, Adam will complete a business-related project over one week and then he will be interviewed as part of the end point assessment process.

After completing his level 3 qualification, Adam aspires to progress onto a level 4 by sticking to the apprenticeship route as he feels if he went to university, he wouldn’t find the essential work experience he found whilst studying his level 3. Adam also feels that he can absorb the information more effectively by applying the knowledge during work hours.

Adam’s advice to those considering an apprenticeship would be to look at your options, talk to the people around you especially those who have completed an apprenticeship. Apprenticeships are a great way to gain relevant on the job experience and earning while you learn. 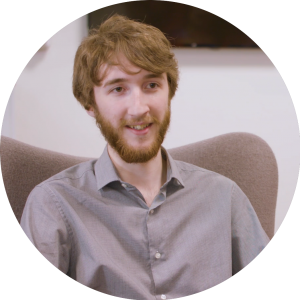 NOCN Group’s Finance Apprentice, Kieran, has been studying his AAT Level 3 qualification for 9 months and shared his apprenticeship experience.

It was in Business Studies at sixth form, when tasked with writing a business plan as part of his coursework that Kieran made the decision to seek an apprenticeship in finance. He felt that this would help him learn from the best and earn a wage whilst doing so.

Kieran’s main preconception about being an apprentice was that there would be a lack of trust and respect, within his role. Kieran is required to work on tasks that require a lot of concentration and attention to detail. His role and responsibility changes frequently to allow him to deal with different areas of the team functions. This approach has enabled Kieran to become confident and develop the ability to provide support where needed during busy periods.

Once a week Kieran attends classes with Kaplan in Sheffield and revises the content learnt ready to sit his monthly exam. NOCN allow time out of work for Kieran to revise and prepare, to provide him with the best chances of passing.

Kieran’s Line Manager manages his daily workload and allocates tasks that coincide with the topics he will be covering at college over the next month. They have bi-weekly 1 to 1 sessions to monitor progress and reflect on various tasks.

Upon completion of his apprenticeship, Kieran is keen to secure a permanent position within the Finance team and progress his studies further.

Kieran’s advice to those looking to complete an apprenticeship would be to go for it, apprenticeships are the perfect combination of learning and gaining valuable experience that will increase your chances of employment after completion. 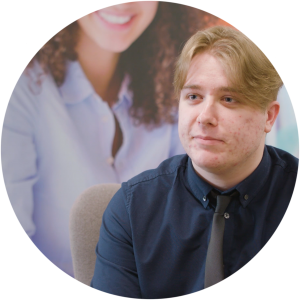 PrevPreviousHair and Beauty Apprenticeships
NextWhere in the world do you want to be tomorrow?Next